Built in 1900, the Northern Hotel played an important role in the mining, timber, and tourism that developed around Priest Lake in the early days of Idaho statehood.

The Northern Hotel was a place for miners, "sourdoughs", and adventurous tourists to get a hot meal and a decent bed. Guests included Nell Shipman, the 1920s silent screen actress and producer who used Priest Lake as the setting for several of her films.

The Great Northern Railway, running from Saint Paul to Seattle, was the northern most transcontinental railroad route in the United States. Constructed in stages in an effort to create profitable lines before extending the road further into the undeveloped Western territories, the railway was finally completed on January 6, 1893 at Scenic, Washington. Public relations campaigns helped promote interest in the railroad and the ranch lands along its route. 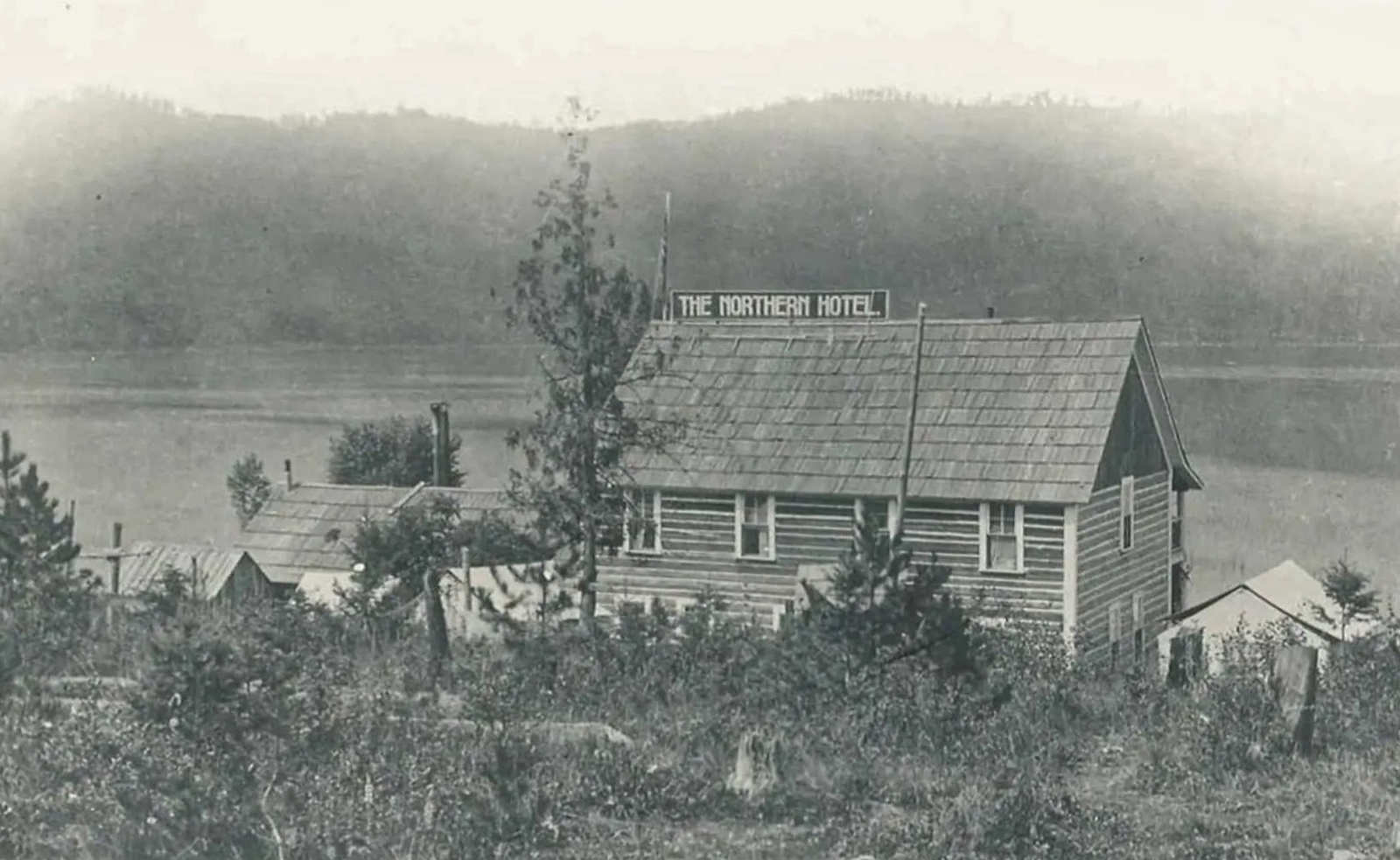 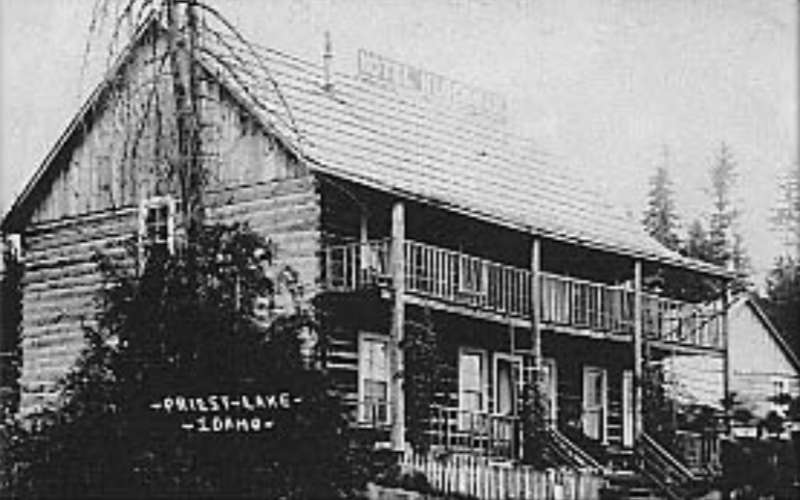 The Northern Hotel was one of a number of inns and lodges created to attract more passengers to the line. In the late 1800s, travelers could take a train from Spokane to Priest River, where they boarded a stagecoach for an all-day ride to the hotel.

The Great Northern mainline crossed the continental divide through Marias Pass, the lowest crossing of the Rockies south of the Canadian border. Here, the rails enter Glacier National Park, which the railway company promoted heavily as a tourist attraction. Several of the lodges constructed by the Great Northern at Glacier are now listed on the National Register of Historic Places due to unique construction, location and the beauty of the surrounding regions.

After World War II the historic building went through a number of incarnations as a boarding house, bar, and restaurant under the various names of Dyer's Resort, Houdini's, Capt Eddy's and Eduardo's.

In the early 1990s, after standing vacant for seven years, the Old Northern Inn was lovingly restored by Phil and Lorraine Battaglia, who matched original cedar paneling and scraped off eleven coats of paint and varnish to reveal the original floor planks.

Opened in 1993, the restored inn features a large living room furnished with antiques and a huge stone fireplace. Pictures of the original hotel and books about early Priest Lake pioneers bring the history of the area to life for guests.

After managing the Old Northern Inn for ten years, the Battaglias sold the property to retired foreign service officer David Summers, who discovered the wonders of Priest Lake after a career of traveling the world. Until 2020, David continued the tradition of warm hospitality in one of the most beautiful settings on the lake.

Accommodations consist of six rooms, two of which are suites and two of which have private entrances. Each of the suites and rooms is named for a geographic feature of Priest Lake. All are decorated with handsome period antiques coupled with old lake cabin furnishings. Several pieces have been hand painted with scenes of fisherman, huckleberries, wildflowers, and pine trees. Handcrafted quilts accentuate the decor of the rooms. 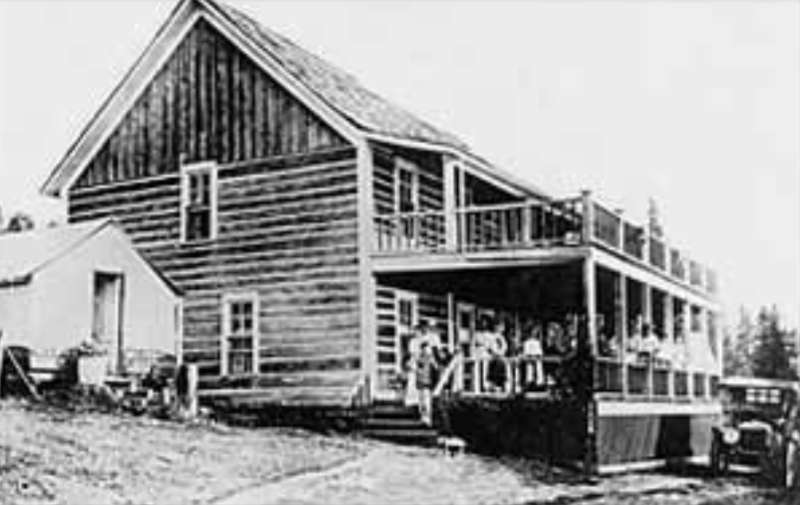 The parlor boasts a 1907 piano that entertained guests a century ago at Sam Byars' Forest Lodge at the head of the lake near the entrance to the Thorofare. After surviving the fire that destroyed the lodge, the piano was boated down the lake to Coolin, where it eventually ended up in the little white schoolhouse that is now the Coolin Civic Center. The inn bought the piano from the civic association in 2004, to the delight of Sam Byars' descendants, happy to see it again installed in a hostelry that welcomes guests from near and far.

Outdoors, the inn features a private dock where guests can swim and moor their boats. The large deck in front of the inn overlooks the southern end of the lake and has shaded picnic tables, lounge chairs, and benches. A stone fire pit on the deck is a perfect place to relax and chat with fellow guests before a summer evening fire.

For more information about the history of Priest Lake, visit the Priest Lake Museum 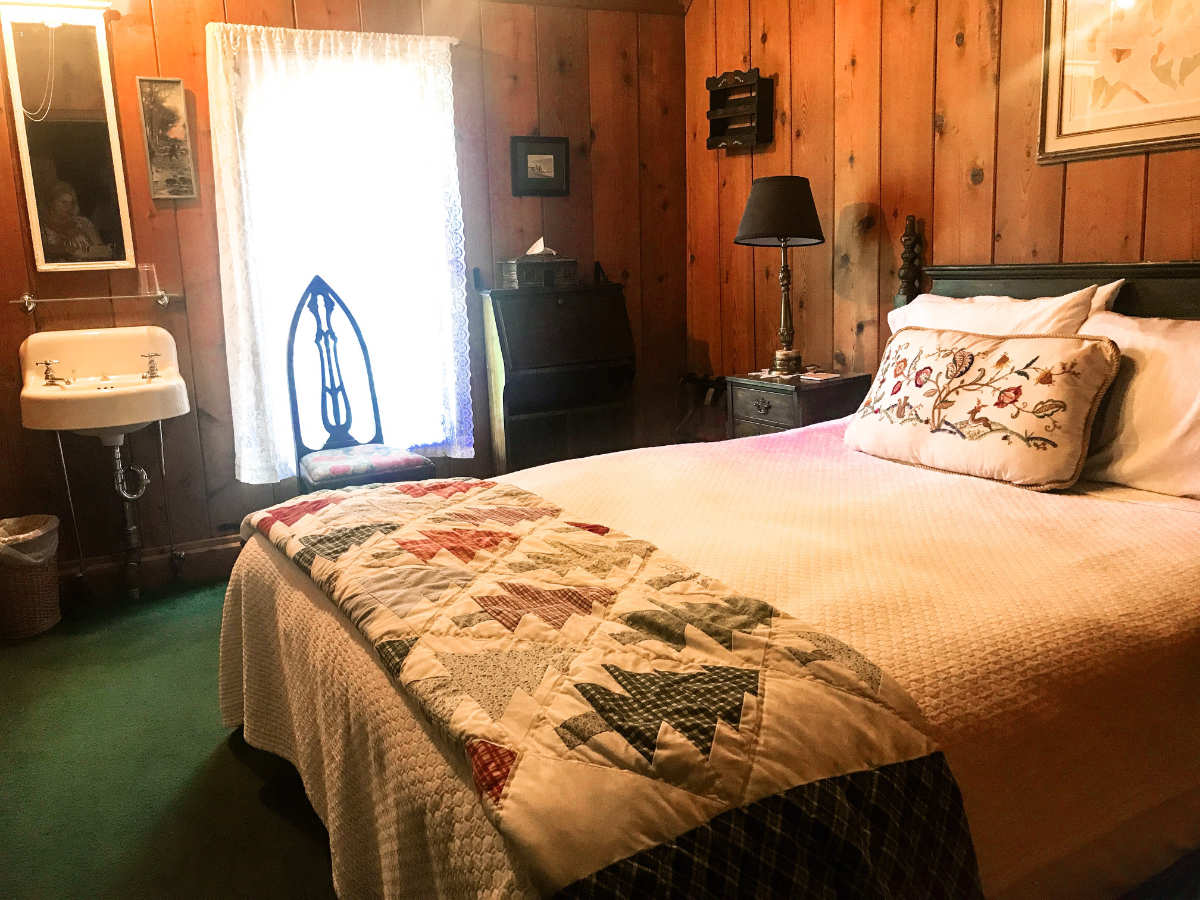 No children 12 and under, No pets

Keep in the loop